We know exactly how to eliminate lead hazards to keep children safe. Yet federal regulations that are supposed to protect families in any kind of housing, public and private, have lagged far behind current scientific research and mean thousands of children across the country are being poisoned by their homes.

In fact, it’s just as common for families in run-down private homes in Chicago to be faced with the prospect of lead poisoning, a reality John Bartlett, executive director of the Metropolitan Tenants Organization, sees firsthand. The poor families who call [MTO’s] hotline are often forced into unbearable choices in private housing. Preventative measures are even rarer in private housing, as inspections aren’t required at all. As a result, parents often have no idea what they’re moving into. “The question becomes, is it better to have a home or not,” he said. “Do you end up in a shelter situation or do you take what you can get? Tenants lack the resources to go anywhere else, but they also lack the resources to stand up to the landlord,” Bartlett said. And they might risk getting kicked out of their home rather than an actual fix. 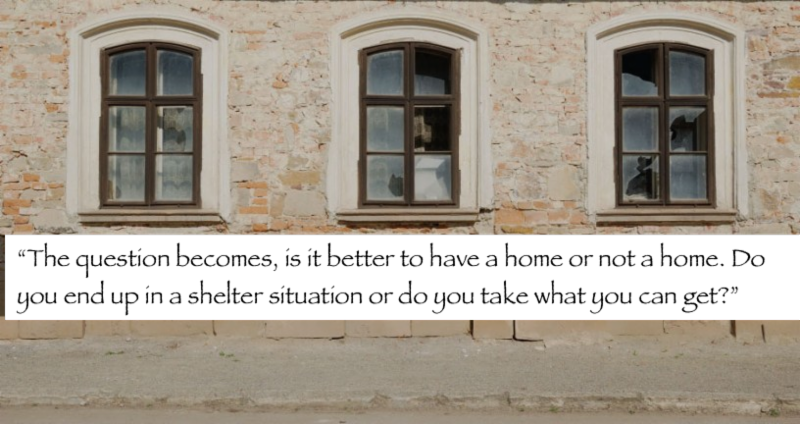 “Oftentimes landlords, instead of wanting to get rid of the lead, want to get rid of the tenant,” he continued. That’s a particular problem in private housing, where the protections against wrongful evictions are weaker. Some cities and states have instituted proactive rental inspection programs, which require housing to be checked at regular intervals, rather than waiting for a resident to make a complaint. That not only means that lead hazards are hopefully abated before poisoning becomes an issue, but that tenants who might fear taking action against landlords don’t have to shoulder the burden.

That proactive approach is what Bartlett has been pushing his city of Chicago to adopt. His group wants the city to mandate inspections every five years to catch lead hazards before children become poisoned. “If you’re not going out and pre-inspecting things, then kids move in, and they get poisoned.”

Please, consider supporting us so that we can continue to serve our tenant community.

Thank You to MTO supporters and volunteers on #Giving Tuesday

You’re Invited to the Party

The Power of Organizing

Don’t Get Evicted – There is still Rental Assistance

With Help MTO Resolves another Lockout.